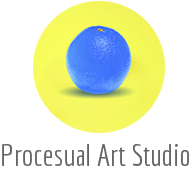 "Ficción" (Fiction) Group exhibition, which is presented during the XIII Biennial of Havana in Procesual Art Studio, projects three fundamental vertices to address dynamics of Cuban and Spanish contemporary art:

1- The margins between what is proper and what is alien. A conceptual journey that starts from the inner reality of the individual as a social being, its relationship between the present and history, reflects on architectural spaces and how they play a fundamental role in the consciousness of the future, not as a diffuse and unreachable border, but as clear evidence of the human condition.

2-Highlight contextual links that are the result of different aesthetic processes, which nevertheless involve similar participations and positions. The combination of contemporary Cuban and Spanish art through recurrent themes in both contexts underscores postmodern practices that, mediated by Hispanic sensibility, converge on essential concerns beyond the plots and particularities of both contexts.

3- Fiction aims to unfold aesthetics and languages ​​where the viewer experiences a double game; first, trying to understand the intentions of the artists and the elements that could mediate and condition their staging. Then, and from a wider critical distance, perceiving how these works persist in questioning the avant-garde paradox of art in its purpose of achieving the autonomy of its own practice.

Fiction, does not refer to a complete idea of ​​reality to instead participate in what is given to us as configurations of the real; as a concept, he proposes to rethink certain plots that, as Borges would say referring to the aesthetic fact, are the imminence of a revelation that does not occur, because it is not only about understanding the facts, but also the metaphors.

From the very origins of Cuban culture, the direct influence of Spanish culture and art has always been present, developing sensitivities of extraordinary similarity to aesthetic processes, which find confluences in similar realities and processes.

This project brings together an interesting selection of works, which maintains a disturbing balance between formal and conceptual budgets, also commenting on the media and genres around which they have been made. It is in this sense that the word Fiction refers to the systems of relationships that unite these works; on the one hand oriented to the smulación and the artifice; on the other, to the way in which certain appropriations of the symbolic are constructed from different contextual angles, with which to communicate a cultural key is essential.

Procesual Art Studio and the samples with which it continues its trajectory, rehearse the artistic practice with a perspective that stands out clearly before its own contextual evolution. The previous exhibitions curated and produced by this project, support the intention of unfolding the most current tendencies of Cuban and Spanish art, developing a line that overflows the arsenal of the aesthetic imaginary of Hispanic-American art, and oriented towards a framework of presentations that make possible the projection of various proposals, where the generational confluences, the aesthetic and sociocultural frames, and the processes of production and exhibition itself, function as an art form.